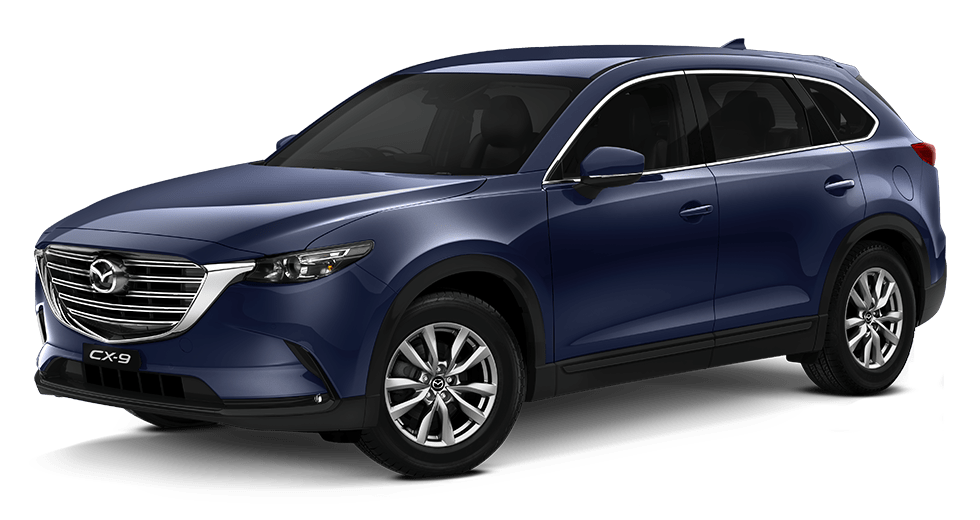 An Exclusive Look at The New Mazda CX-9

There is no doubt that the Mazda CX-9 is one of the top choices when it comes to the somewhat crowded large family SUV segment. Despite first bursting onto the scene over a decade ago, the CX-9, now in its second generation, is continually evolving with the times and is as functional, stylish and in demand as ever.

Mazda’s flagship 7 seat SUV is based on its SkyActiv platform. The CX-9 features the new Kodo – soul of Motion design, resulting in a refined and premium experience inside and out. Thanks to its gutsy SkyActiv turbocharged engine and a well-tuned transmission, the CX-9 is one of the best-driving SUVs in its segment.

For the 2021 year model, the evolution continues with Mazda once again offering new incremental updates to keep the CX-9 fresh and ahead of the pack. The official announcement and details of the new changes were revealed a few months ago.

Now let’s get down to the good stuff

On the outside, the CX-9 front grille design has been given a slight rework to a style and pattern that is more in line with the wider Mazda family of sedans and SUVs. New wheel options are also available which include 18-inch grey metallic and a 20-inch brilliant silver or black metallic aluminium alloys. A new Polymetal Grey has also been added to the CX-9’s range of available exterior colours.

Arguably the most prominent update can be found on the inside of the CX-9, with the offering of a maximum 10.25-inch sized infotainment display (up from the current maximum 9-inch). This will run the latest version of the “Mazda Connect” system and promises an improvement in performance, screen resolution and sound quality.

Material and design changes have also been made to the seating and cabin trims, such a contrast stitching and a Santo Rosewood interior trim. From the Touring variant level and higher, paddle shifters have been added for the six-speed automatic transmission, and a wireless smartphone charging pad is now available for the first time on the GT and higher variants.

Speaking of variants, three new additions will be on offer when compared to the 2020 range, namely the Azami LE, GT SP and a limited 100th Anniversary Special Edition.

First off is the return of the Azami LE, which was dropped in the 2020 lineup, and will sit above the current top-spec Azami variant. Here, the regular 3 seat second row is replaced by two comfortable “captain’s chairs” with a large centre console in between.

The new GT SP sits in between the GT and Azami and features design changes to the GT giving it a cooler sportier feel.

Finally, the 100th Anniversary Special Edition CX-9, built to celebrate Mazda’s 100th Anniversary. will be limited to just 110 units for Australia. It will be differentiated from standard models with a white and burgundy colour scheme of Mazda’s first passenger car, the 1960 R360. Special badging will also be found throughout the CX-9, including on the key fob.

It should be noted that at this point, the final word on which changes will make it into the 2021 Australian offering of the CX-9 has yet to be released – fingers crossed we will receive most if not all of them. Chat with your local Mazda dealers in Perth to get the full rundown on the new Mazda CX-9, and be the first to get behind the wheel and test drive a new model.