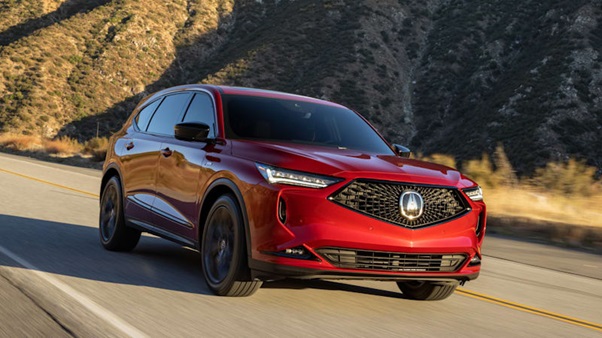 HomeAutoThe Best SUV Models to Buy from Acura in 2022
Auto

The Best SUV Models to Buy from Acura in 2022

Have you seen the latest SUV models released from the factory of Acura? Well, if not yet, you can always visit a prominent seller floor like that of the Henderson Acura dealership to see and explore them from a closer range. But till then, we can update you about the best SUVs you can buy from the Acura lineup that are released for the year 2022.

Refreshed for the year 2022 as a five-seat compact crossover, the Acura RDX comes with many more tech features that come as standard equipment on all trim levels. Though not declared with a mighty announcement by the automaker, but the year 2022 surely brought the Acura RDX with a quieter cabin with more luxury accents, while the performance level is elevated with a new drive mode and a set of new driving dynamics.

The 2022 Acura RDX model series makes use of a 2.0-liter turbo-4 engine which mates with a highly efficient 10-speed automatic transmission to produce a respectable 272-hp. The 2022 Acura RDX models come configured as front wheel drives by default, while the option to drive with all four wheels is also made available.

If you are thinking of buying a 2022 Acura RDX, you can take the suggestions from the automaker itself regarding the drive mode selector that has been especially enhanced this season with more power assist to make each of the driving actions easier like steering, accelerating, braking, and controlling the sound. Acura says that the updated 2022 RDX models look smarter design while its interior got some prominent enhancements like a more effective noise sealer, lesser vibrations, and minimal harshness. For connectivity, the 2022 Acura RDX models offer you Wireless Apple CarPlay and Android Auto which are now standard on all models.

The 2022 Acura MDX series come with an updated lineup of three-row crossover SUVs that now gets not only a new body structure, but also a renovated cabin, with updated safety features as well as convenience features.

For power, the 2022 Acura MDX sets up the standard powertrain with a 3.5-liter V-6 engine that is rated at 290 hp and 267 lb-ft of torque. But there is also an optional turbo V-6 engine that can raise the horsepower count to a robust 355. In the Type S trim of the 2022 Acura MDX series, a new 10-speed automatic transmission makes its way through to send the engine power either to the front wheels or to all four of them, in which the latter comes as optional.

The standard features of the 2022 Acura MDX model series include a synthetic leather upholstered cabin, a panoramic sunroof, 19-inch wheels, 12-way power front seats, wireless smartphone charging, a 12.3-inch infotainment display that works with wireless Apple CarPlay and Android Auto and a power tailgate. Here one must take a note of the fact that Instead of a touchscreen display, the 2022 Acura MDX models fit in an infotainment interface that relies on a touchpad. Safety being the top priority for any Acura model equips the 2022 Acura MDX models with automatic emergency braking front and rear, blind-spot monitors, and adaptive cruise control as standard, confirmed the Henderson Acura dealership.